Edited by the coolest dude ever ADAN MEDRANO!!

go add my dude Christian on Instagram at idk_610. He's in the picture above, figure out which one.

What's up dudes!! My team trusted me with editing this page,  how cool is that!! Shout out to Mr. Fleming for giving me this honer to do more work

Today we continued our progress on the arm that would squeeze the block(that's our idea you can't copy it). Then one of our team mates, Sid, worked on the wheels but it turns out he needed these things we couldn't find in the boxes, so... i don't know. That's about it so I'll edit this tomorrow cause I most likely won't edit this later, Goodnight!

Whats up dudes! I'm back making another one of these for whoever wants to take the time to actually read this. Today's class is only thirty-five minutes long because the football team is leaving or something so that just means that we don't have that much time to work on the wheel's today! this is totally off topic but isn't so cool that we get to go home early because the football team gets to go on a field trip, this is why Andrews high school is so cool.  Well I got to go because I have to help with the wheels and I don't have that much time, see ya!

that's me with the glasses and curly hair way to the left of the screen!

Hey guys I'm back after a long weekend. Today was not that existing, three of us was still trying to figure out what we should do with the wheels and our captain, with the help of one of our strongest engineers, worked on the squeeze-a-tron(thats the name of the thing thats going to grab the block). Not that existing, like I said, but life is life you know.

Goooooood Morning, lady's and gets! Today started off pretty awesome for me, I got a homecoming date and everything! I got to get her flowers, which is going to cost money but thats fine. Then I need to get tickets, which is also going to cost lots of money, then I need to wear something expensive to,....huh should of thought about this all the way through. ANYWAYS, the captain said that the new parts came in so we could build the linear slide so the squeeze-a-tron could go up. A photographer also walked in and took some pictures, so that'll be cool if I get to put them up here so you can see our teenage acne again.

he's smart he helped with most of the robot. When the captain gave him the plans Sid just got right on it and if it wasn't for him we wouldn't have the same robot we have now. thanks Sid. ( ( don't know his real name) 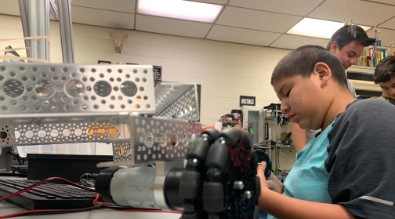 Today I have depressing news for the team, our captain is leaving. In the other blogs I brought up the word captain a lot, but that's because he is the glue of the team. He is the chillest, smartest, coolest kid I have ever met, and HE'S LEAVING!!! His real name is Connor and he said that he was leaving to Utah. I am actually pretty sad about this news but when Connor brought it up he forgot about it and went to work on the squeeze-a-tron like it WAS NOTHING! he will be truly missed.

RIP Connor.  (he didn't really die he just left us)

it happened, Connor is gone. That's all I got to say.  P.S, I also figured out what Sid's real name is. It's Ysidro (E-sid-ro) Scott.

hey dudes for the next few days we are going to just work on the squeeze-a-tron without captain and nothing existing is really happening so i'm just going to explain everybody on the team. I already did Sid, so nine more people to go.

Christian is pretty cool, when I call him though I would usually call him by his Spanish name, (gre-stan).  He's the one who will screw the robots parts on and off. Me or Matthew would give him the parts he needs and he'll screw it on.

"what's up chief", is what Christian says. 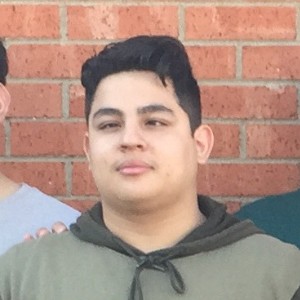 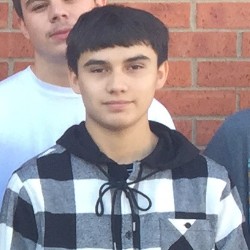 Genesis is super smart, she has dull credit classes and everything! She's going to be the one to code the robot, so everything that the robot is doing is because of Genesis.

"I don't care what you put just don't put anything dumb", is what she had to say. 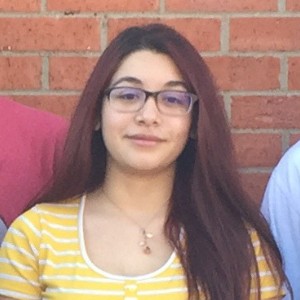 Andrea is our new captain, after the tragedy of Connor leaving she came up and is going to lead us to victory at the robot tournaments, like in big hero six. She is super artistic, like me, and she's been doing the design's for the t-shirts that the team are going to be wearing.

"We only have five minutes left", is what she says to us. 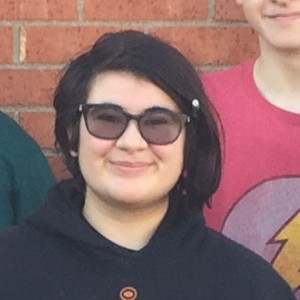 Shae organizes the cart and finds pieces in the rev box. He also helped with the coding part of the robot and wears very cool t-shirts with cool designs.

"Get off the computer", is what he told me. 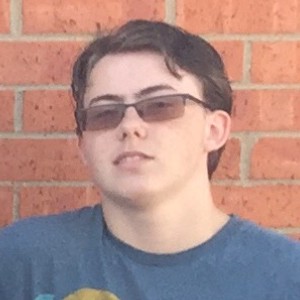 Micheal is our engineer, if one of us has an idea Micheal is most liking going to be the one to put it on. He's pretty fast when is coming to putting thing on to the robot, so it's a win win for all of us. 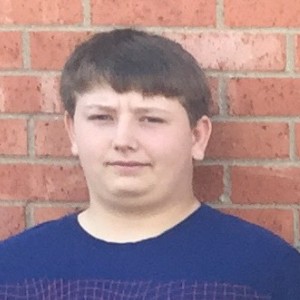 Isaiah is......well he.....oh yea he.... you know what, I don't really know about Isaiah. I'll see him go get parts for the robot now and then but if there's nothing else to do he'll just listing to music.
"schools wack" is what he believes. 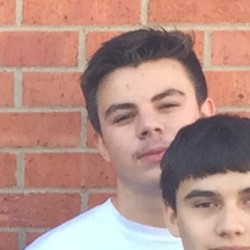 You guys don't need to know about me. 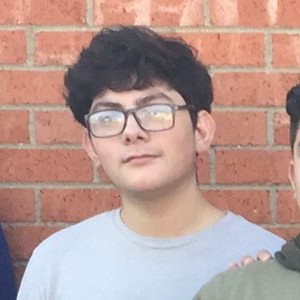 visit page
AHS ROBOTICS ADVANCES TO AREA 2019
Two Andrews teams along with a team from Midland High placed 2nd at League Championship in Jan 2019 and will advance to Area.

Welcome to the SchoolBlocks
self-guided tour!

The most common question we receive is, how is SchoolBlocks inspired by Pinterest? SchoolBlocks eliminates navigation bars and uses a block style layout that’s similar to Pinterest. It creates a unique and engaging browsing experience, optimizes for mobile and removes a lot of navigational complexity.

Please click on the red plus signs found on this page to learn more about specific features.